The Gregarian calendar, which graces most walls and wallpapers, is punctuated with jovial events. Ironically the grandest of these saturnalias corresponds with the ultimate cessation of the calendar. But  what would we be looking forward to once the euphoria and revelry welcoming the new year fades.

A new Prime Minister, one who will be more vocal and understands the significance of digital communication. or maybe just communication. We would do well if we manage to be distinct in selecting the leaders of tomorrow. We can then help these leaders in weeding out the progress impeding  obstacles which have thwarted our progress.

Hope the national capital and its administration isn’t damaged beyond repair just like the river that it sits on.

Though I am skeptical of resolutions but having a few is better than not having any at all. It helps you to instill trust and confidence in yourself if done in the correct manner otherwise they will be garbaged by the Republic day parade at the max. Setting the optimum resolution, which is not beyond your means and still keeps you on your toes, is the key. Most people get confused on resolution setting and end up quitting to early after choosing something way too difficult. You wont be able to transform yourself into Ronnie Coleman in an year nor would you be able to attain absolute enlightenment, but you might get better then where you are right now and that is incentive enough to start.

Dreams aren’t limited by the calendar like your resolutions. The ones who dream understand that they have a faint chance but a chance nonetheless at achieving the incomprehensible, if an only if they stick to it. We live in an age where the majority settles for what they get rather than chasing what they deserve. I hope to see people following through with their dreams and dream even more than before so that they can break the shackles and live up to their full potential.

The biggest religion in India finds itself Godless. With Sachin retired the nation looks forward to a replacement. This is a great chance for other sports to come up at par with cricket.

Elsewhere, as the Premier league heads into its second part we see a number of clubs in still very much in the title race. Not once in my living memory have I seen more than 2 clubs competing for the premier league and this year I am sure the title will be decided on the final day. Any of the top 7 can still win it, but obviously its easier to repeat a feat than to do it for the first time. Elsewhere Pep will pep Bayern to the champions league unless Carlo does something real about it.

2013 offered the ones who prefer sitting indoors never seen before graphics and gameplay through The Last of Us, The game ably created a virtual world which was so close to reality that it dented cognition in an absolutely distinct way. With the massive circulation of consoles like PS4 and the XBox1, developers will further enhance games and offer real life depictions. The new year offers games which would not only depict the present world in a better way but also give us glimpses of what the future beholds. Watchdogs is a classic example of one such game. We are living through a technological cyclone and soon everything around us will be under a common network. The game offers us the experience of living and controlling one such digitally enhanced city.

Their might be a dozen other things to look forward to but I just want to break the jinx of the 27th for now as it has blocked my expressions since a month now.

Hope the new year brings you all the energy to follow your dreams and galvanizes your thought process to make your life fruitful and adventurous. 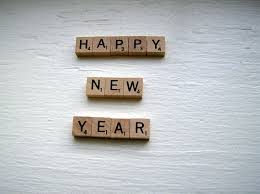